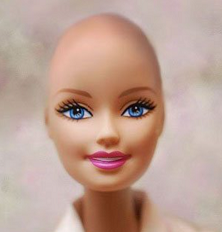 Why Oh Why, Does Hair Still Matter?

Dear Woo Woo Girl: Why does hair make a difference? I like to play around with my looks and sometimes I get bored with my long hair. So I shaved it off. I love it although winter isn’t the best time to shave your head. The response has been crazy. People  at the office wanted to know if I was sick, if I was depressed, and why would I do such a thing? It is only hair and it will grow back. But I admit I was nervous going into the office which is stupid. If a male coworker shaved his head no one would care so why should I?
Signed Bald As An Eagle
Dear Bald As An Eagle:
A shaved woman’s head reminds me of my Barbie doll I used to adore playing with. Remember the hair you could pull out or put back depending on the look and role you wanted her to have that day? She could be fluid, depending on whether I wanted her to be a nurse with long hair or a doctor with short hair. I loved looking at her face when she had no hair. You could really see the definition of her features, the inset of her eyes and shape of her mouth without her long hair distracting from it.
Looking back I played with the hair and role I gave her. Sometimes as a nurse she was bald, and as a doctor she had long hair. Other times, I gave her the hair I thought the role demanded from her. A police woman had short hair, a nurse long hair.
It is what we do. Play into stereotypes.

Everything has cultural meaning whether we want it to or not. Hair is steeped in tradition. It is associated with religious devotion- think the Buddhist monk; the completion of the Hajj (an annual Islamic pilgrimage to Mecca); or part of a tradition in Hasidic culture where a married woman’s hair is cut short and hidden with a wig.

Beyond religion, hair is still viewed as a sign of oppression and conformity. Every prison movie you see has a shaved head and orange jumpsuit, or in the military which demands the following of rules, and the giving up of the individual identity. It is an insistence on conformity. A bald head is about shame as well. Women accused of witchery were forced to have their heads shaved as men searched for signs of symbols that proved they were witches. French women accused of sleeping with German soldiers were forced to have their head shaved and paraded down the street with a swastika drawn on their forehead.

Fast forward, it became a symbol of anti- conformity. Remember punk rock, Grace Jones, Sinead O’Connor and Demi Moore?
Body parts and how we adorn them have great potential to make a statement and cultural impact.
These women fought the stereotype by shaving their head. They wanted to be seen as women who  couldn’t be typecast, or defined by a look.

As a cancer survivor I lost both my breasts and my hair, and had to redefine what sexiness and femininity meant. For me, it had to do with loss, rather than making a statement. I had lost my best assets and who was I without them? Inside of course I was me, but people wouldn’t see me. I never got used to being bald; it didn’t reflect who I thought I was. I wasn’t a hard ass, but vulnerable and terrified of dying. I felt “less than” with a bald head and would not go out without my wig. I refused to have people feel sorry for me.
I saw no beauty staring back at me, just a wounded bird.
A bald head is a look. It is a typecast depending on where you sit in the world, your culture, your friends, and whether you have a boyfriend. lol.. As a society we thrive on roles and need them to understand others and ourselves. The idea of being bored with your look is probably the last conclusion people would jump to, particularly at the office.
A bald head is just another hairstyle.
I love a bald head on both men and women if they have the head shape and style to pull it off-otherwise it’s just a bad fashion statement. But the problem is, we hang on to old stereotypes. We will ALWAYS attribute meaning to actions, particularly if we are taken by surprise and particularly at the office.
The limited role you are viewed in at work-because let’s face it-coworkers don’t know the full breadth of who you are, changes; just as if a male co-worker came in dressed as a woman. People are simple beings. They want to be told how to act around each other through cultural cues. If it suddenly changes, they don’t know what to do. They will assume the worst. You are sick; you are rebellious; you are…the list goes on.
It’s hysterical really.
We are not very smart or creative as a society, but actually quite needy. If there is backlash in the office, the problem is with them and the role they see you in and their organization playing in within the world. Their image is their brand, and if all their employees shaved their head, would their company be perceived differently? Of course they would, until they got used to it.
Wouldn’t it be awesome!
Then they would stand out and be noticed. So rock your look. Enjoy it. Maybe you will help them become more creative and braver!
xoxo
Dear Woo Woo Girl 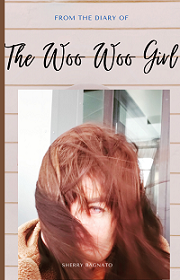 LISTEN TO MY LATEST PODCAST WITH GLENDA BRITTON
Listen Now