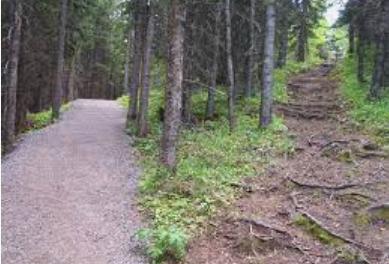 Marriage and the Trajectory of Life…Your Life

To reach out and take the hand of your love and publicly announce to family and friends you are in this relationship for the long haul, signifies a loaded expression. Marriage is an action that reflects the outward expression of what you believe and long for. Love, stability, and a reason to celebrate Christmas, Thanksgiving and Easter. It is a belief in a person, an institution, and the purpose it holds for your life. A longing for deep connection is fulfilled a least temporarily.

But if there ever was an event that changes the course of your life, it is marriage. Sure there are other things like death, a move, a random meeting.

But these two simple words- “I Do” – hold the energy to move your life in so many ways.

Marriage is a launch and a trajectory of your life.  It can be exhilarating, disastrous, suffocating, liberating, grounding, love filled or loveless. Whichever the case may be, saying “I Do” means  life- your life has turned left instead of right or vice versus. It’s not about the institution of marriage or the credibility of a union together, but how it changes the way and direction you live at least for the length and time you are together.

Your life defined by the choices you make and by the partner you choose has the power to determine how your life plays out. For however long you are married for, it leaves a permanent imprint like a faded tattoo that never completely disappears. Even that sweet first marriage, that lasted a little over a year lingers many years later because it touched you in its failure and its lost potential.

Have you ever wondered how your life would have looked like if you married someone else? I have. We all have. It’s not that my marriage and life has been terrible. It hasn’t. There have been some incredibly rough times, some incredibly exhilarating times, along with excruciatingly boring, disappointing and giddily happy times. It’s only natural  to contemplate and wonder if the proportion of those times would be the same if I had married someone else. Would my career have gone in the same direction? Would I have struggled with the same issues, lived in the same place? I could have married a fireman or a business man but I chose not to. I often wistfully wonder what if? What interesting paths were out there not travelled. It’s a bit like choosing a travel destination that you return to every year.

My step father married five times. Each time his life changed dramatically. His first wife committed suicide and he was left to raise three children. His second wife-my mother-changed his life again. They formed a business, bought a farm, built a house, moved to the U.S. and bought a hotel. Then they divorced. He went on to marry other women, moved out of state and I lost touch with him. I often wonder what his life looked like.

From the outset it made me tired.

My mother’s married life was a bumpy one. Her first marriage to my father saw her raise four children on her own barely scraping by. But then she married her second husband, and she found herself growing, landing in a whirlwind of adventure. Not necessarily in love but living a brand new, unimaginable life. Neither one planned on the direction life would take. I wish I had a chance to ask did they ever wish they chose someone else? But I didn’t. I just sat back and watched their car drive down the bumpy highway filled with potholes.

I always wanted to read a story that parallels two lives with two different husbands. It would be delve deeply into he details of life-what did it look, feel and smell like. In the end it’s not about the love but how the idea and declaration of love; the choice of your love for a length of time shapes who you are about to become. That choice made for whatever reason, becomes a self- propelling destiny that may or may not have been imagined. A shape shifter externally and internally that only karma and destiny know what the outcome will be.

Maybe I will write that book.

Why am I even thinking about marriage? It is wedding season. I recently attended a very sweet wedding and have a second one marked in my calendar. There hasn’t been a wedding in my circle for years. Watching the bride and groom walk down that aisle I couldn’t help imagine where life would whisk them to. Which dimension would they reach and wish they hadn’t. I thought about everyone I knew and wondered what would have been if they chose someone else. Sometimes trajectories and those experiences trump love for the other, and lead you to your own self-love. Or, sometimes it is just how things were supposed to play out in this lifetime.

Spiritual Exercise: Have faith in the union you chose or didn’t choose because it was to teach you a lesson.