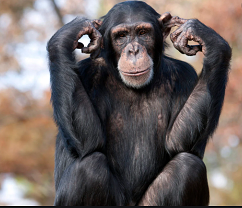 Dear Woo Woo Girl: I am working for a company that is ok. The problem is my boss. He doesn’t take the time to acknowledge what I do AND he doesn’t listen. I feel unheard and angry. I took the job because it is steady work, the pay is ok. I hoped it would take me in an entirely different direction. It kind of has, and kinda hasn’t. I don’t love the position, but I don’t hate it. I just can’t make myself heard. Even when I make a suggestion, it falls on deaf ears! I am embarrassed and I am unsure what to do.

Dear Unsure:
Here’s the thing. I want to kick him! Do you know 40% of employees feel isolated? It take so little effort to listen or even pretend to listen but the working world misses this ship, despite numerous studies that point to this. Feeling unheard makes us feel frustrated, unworthy and isolated. Humans live to be acknowledged and when we are not it tends to get internalized…that there is something wrong with us. It is a sad state of affairs in the work world, but happens way too often. I totally understand what that feels like. I have often felt unheard, and dismissed and pi%$ed off!

It is a slow burn on your self- esteem.

I worked for a women who never listened to my input. She had a perception of me that was extremely limited and shallow. I was the creative person, but not creative enough. If I suggested a new approach she refused to see the value of it. When I stopped suggesting, she decided I wasn’t innovative enough. I couldn’t win. Not once did she take into account her role in our dialogue or how she made me feel. More than once, she took the same suggestion from someone else – to the point where other people noticed. In her eye’s I was less than, but not less enough to let me go.

It was and is a terrible feeling. Not being heard chops down your self-esteem and makes it difficult to roll out of bed in the morning. But she was the boss, and let’s face it- could do what she wanted. It’s not fair. I would rant endlessly about her, until I heard others doing the same thing. The light bulb went off. Listening to someone rant and rave tests your patience. I didn’t like seeing it, listening to it and realized, OMG,  that’s me!

I gave up a little bit of power with every rant.

For a while I was a professional ranter particularly every time I felt unheard, frustrated or encountered an unfair situation. But I did learn from being in this position. I learned to rise above it, and in some ways become more assertive in the right way. I also learned not to invest too much of myself-my feelings- in what I was doing. I pulled back and became more distant.

Let’s talk about what you can do?

1. A Conscious Approach: While I was in a job I liked enough, like you, I wasn’t in love with it. Part of the problem  was it was what I like to call a “stop gap” job. I needed money, my last job was boring and I had no vision for what I wanted and just wanted something new and easy not thinking about the right “fit.” I was going through cancer treatment at the time and I just needed to fill my day with other thoughts. When I was through treatment and could actually focus on work, I realized it probably wasn’t the best place for me-not because of the duties but the values of the workplace. They were not in alignment with mine. So, the moral of this little lesson is when you look for work be conscious of what you want every step of the way- even when it is a filler job. A conscious life really does mean being aware of what you walk into in good and bad times.

2. The Boss Who Wouldn’t Listen Was Like Me: As much as I hated to admit it, my boss and I were similar in many ways. She was very creative, and felt uncomfortable if I was a little more creative than her. Our style of working was the same. We were both nonlinear thinkers and workers who required processes to nail us down. I came to understand we frustrated each other because we were too similar. I have never done this, but reading someone’s working style and filling in the gap encourages people to pay attention to you. You are filling a need rather than simply doing your job which is a keystones to success. I don’t due this well, but once you learn this tactic, your work life becomes so much easier.

3. Sometimes, It Is All In The Delivery. I had tried so many times to encourage my boss to get her company on social media. It took five years because she didn’t see the value of it. I was so frustrated with her, that one day, I had a very heated discussion with her. I am embarrassed to say but I came across overbearing and arrogant. I couldn’t help myself. I actually intimidated her and made her so mad at me, we had to have a company meeting. After the meeting, where I heatedly said I was frustrated and asked why I was never listened too, they promised to pay more attention to my ideas in the future.

But the future came and went and nothing changed.

So, because I am stubborn, I took a different approach. Instead of face to face meetings, any suggestions I had, I put in writing with reasons why. It gave me distance and a wide berth to be able to explain myself in depth. I never felt I had the chance to explain my point of view fully in person. The result was 70% more effective. When I did have a face to face, I modelled my delivery after a co-worker who was always listened to. I stayed calmed, centered and pleasant, making sure I delivered what I needed to say in a thoughtful way, versus a challenging way. It wasn’t easy and fairly unnatural for me. I am enthusiastic and bubbly, and trying to come across as self-possessed in a way she could relate to was hard. and, was never going to perfect. But it did get better as I learned to command her attention.


4. Only You can Decide Who Hurts You: Take your emotions out of the equation. It is something of a skill to do this, but when you can, you become a far better communicator and protector of your soul. Know that your boss or anyone else for that matter has no power to diminish your being. Only you do by allowing it to affect you. I actually took over a meeting because my boss was so beside herself that she couldn’t handle an outside meeting that had the potential to be volatile. I saw how it affected her, and learned to take my own advice.
It’s not personal. (Well, it is personal. Any communication is personal but you can’t take it personally.)
Over time, I came to laugh about my boss. In many ways she was completely clueless about the effect she had on people, including me. When I stopped taking her so personally, I could enjoy work and wasn’t stressed out about it.

5. Goodbyes Are Easy: Sometimes, if you have given it all you’ve got and you are still not satisfied with your relationship with your boss, you have to take the exit door. Which is not so bad.  Situations like these are indicators that your values, working styles, and wants will never gel. It’s time to look elsewhere-check in with your wish list and ask yourself what kind of environment do you want to work in. We often get caught up in the money, and the position rather than environment when taking a new job. Ask what does the environment feel and look like. Do you want a company filled with young people; is it a start up; is it an established blue chip company.  Considering work represents 70% of our time in life don’t prolong the pain. Aim higher. Aim Consciously.